He had been hired after his impassioned presentation of the Volt 4, which still amazed him since afterwards the team had decided to shoot an insane video that seemed to make fun of his business arguments. He suffered for some time from nightmares populated by food processors and banana peels. They were crazy and they hired him. And now he had to present their latest glider, the Eazy 3.

Before, he would have stayed for days staring at a blank page, he would have done in-depth research, would have interviewed specialists, he would have racked his brains until he had a migraine. But that was before. Because he had never flown before. They kept repeating “break your own rules”, they were brainstorming, and their suggestions were completely eccentric, it was not out of the box anymore it was outta space! 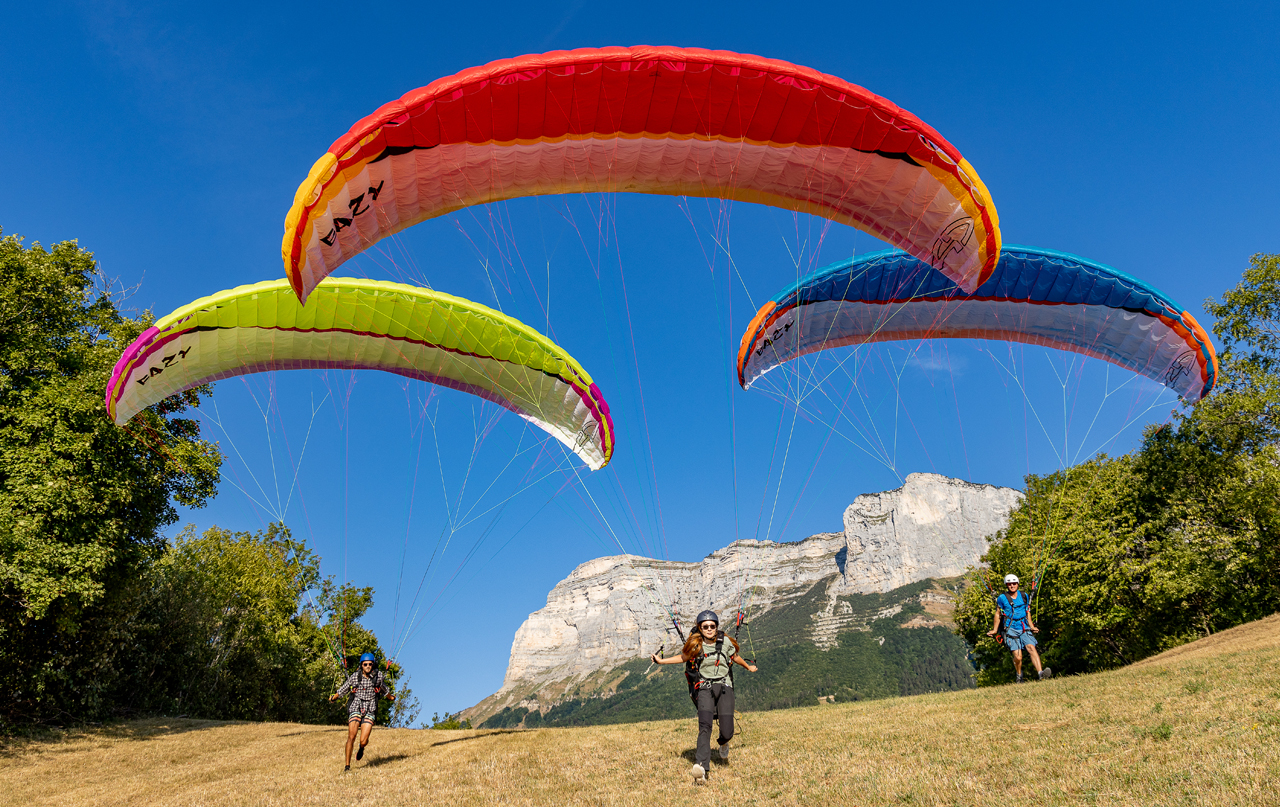 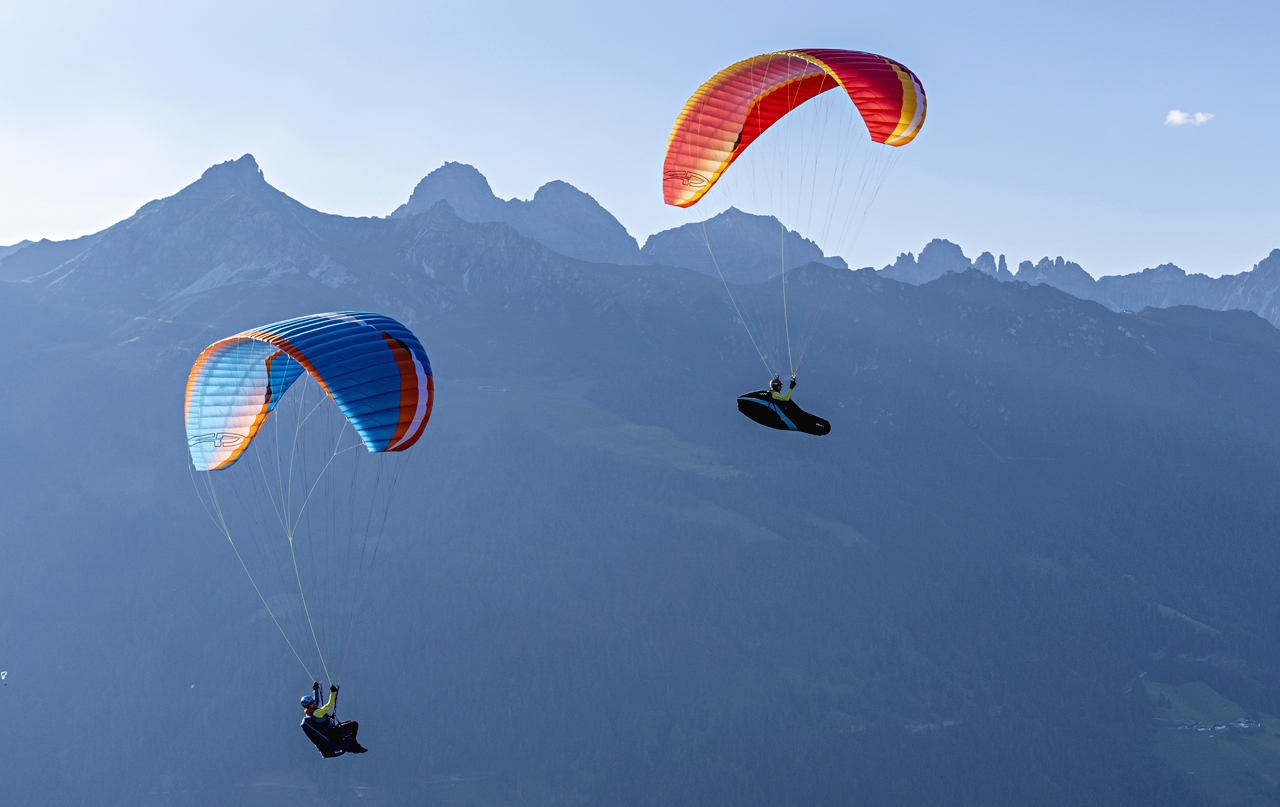 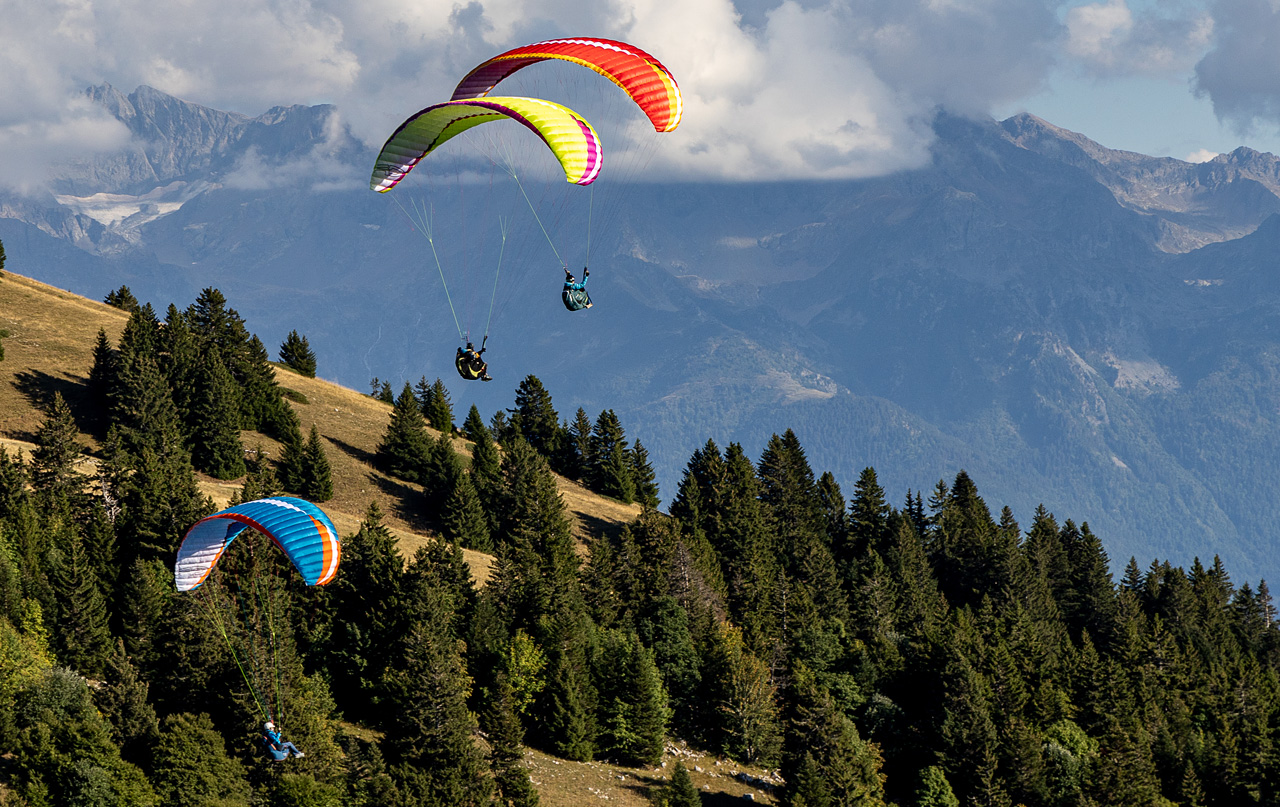 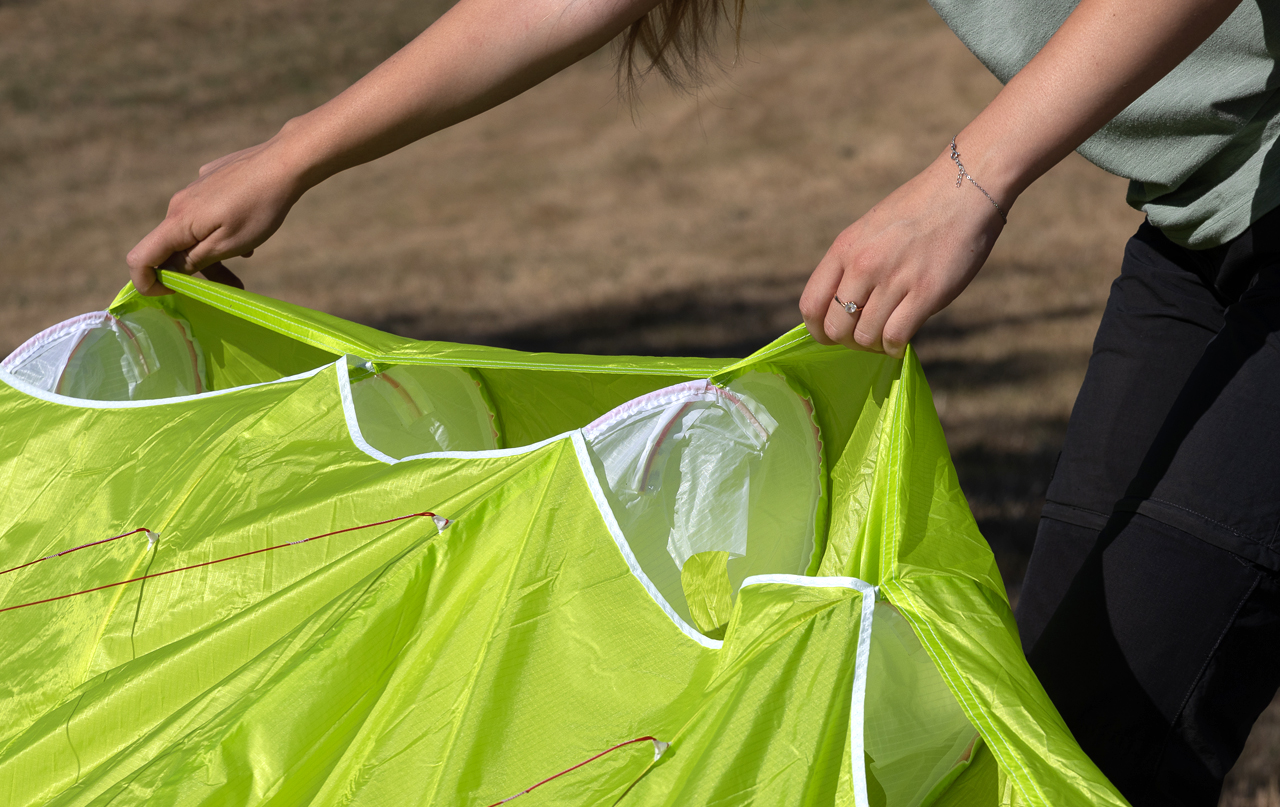 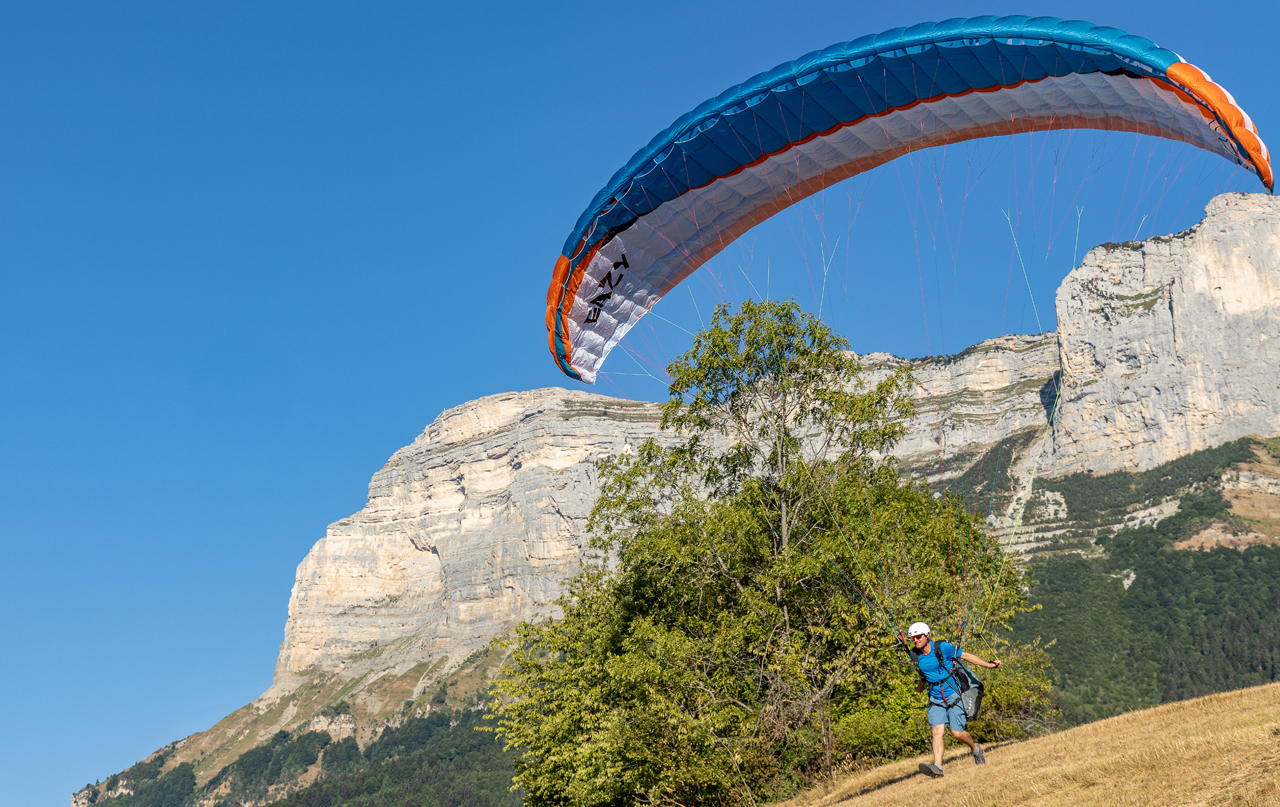 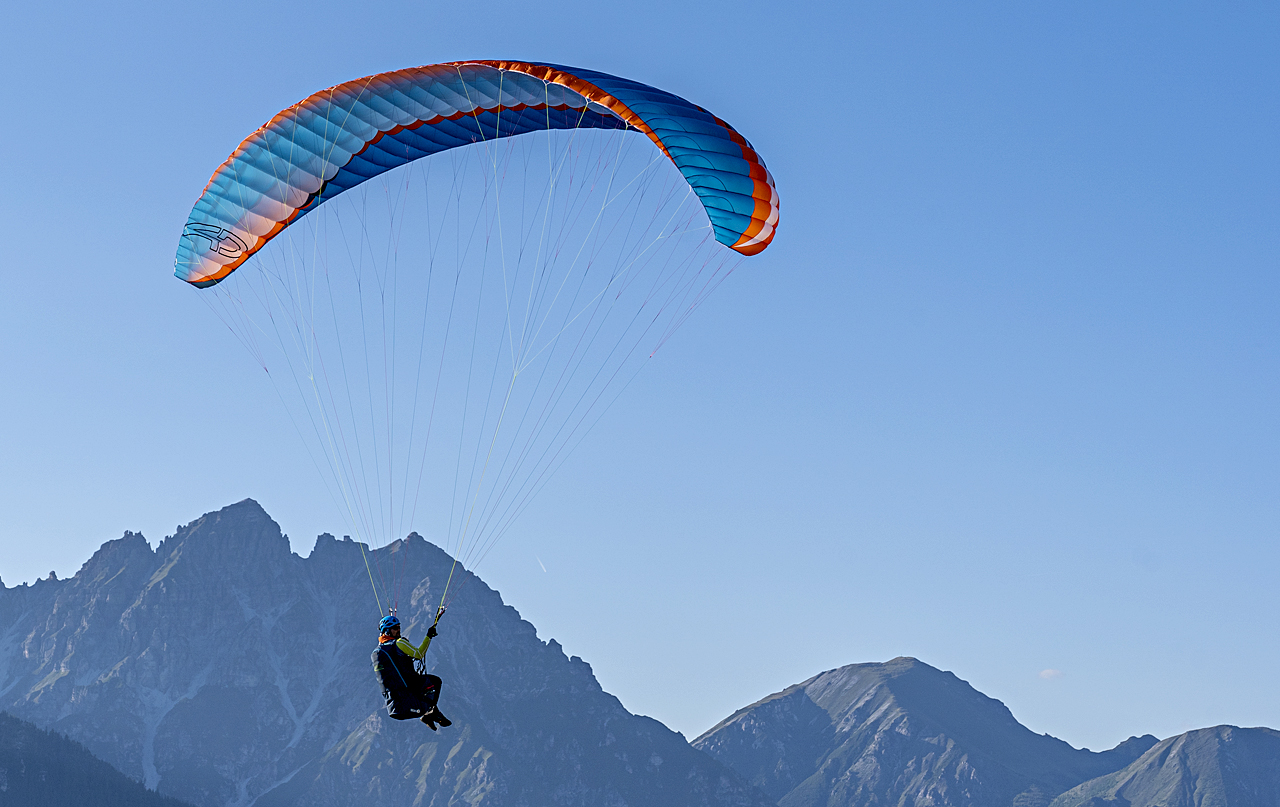 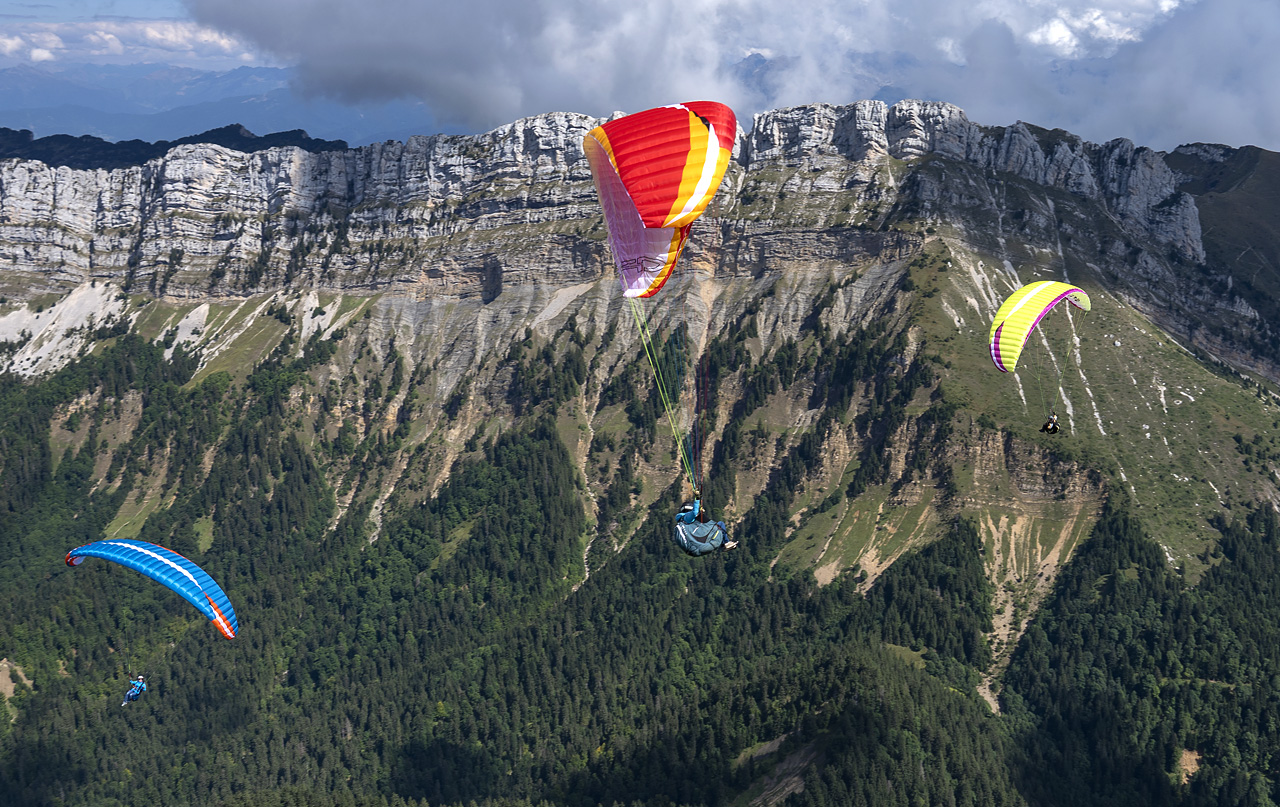 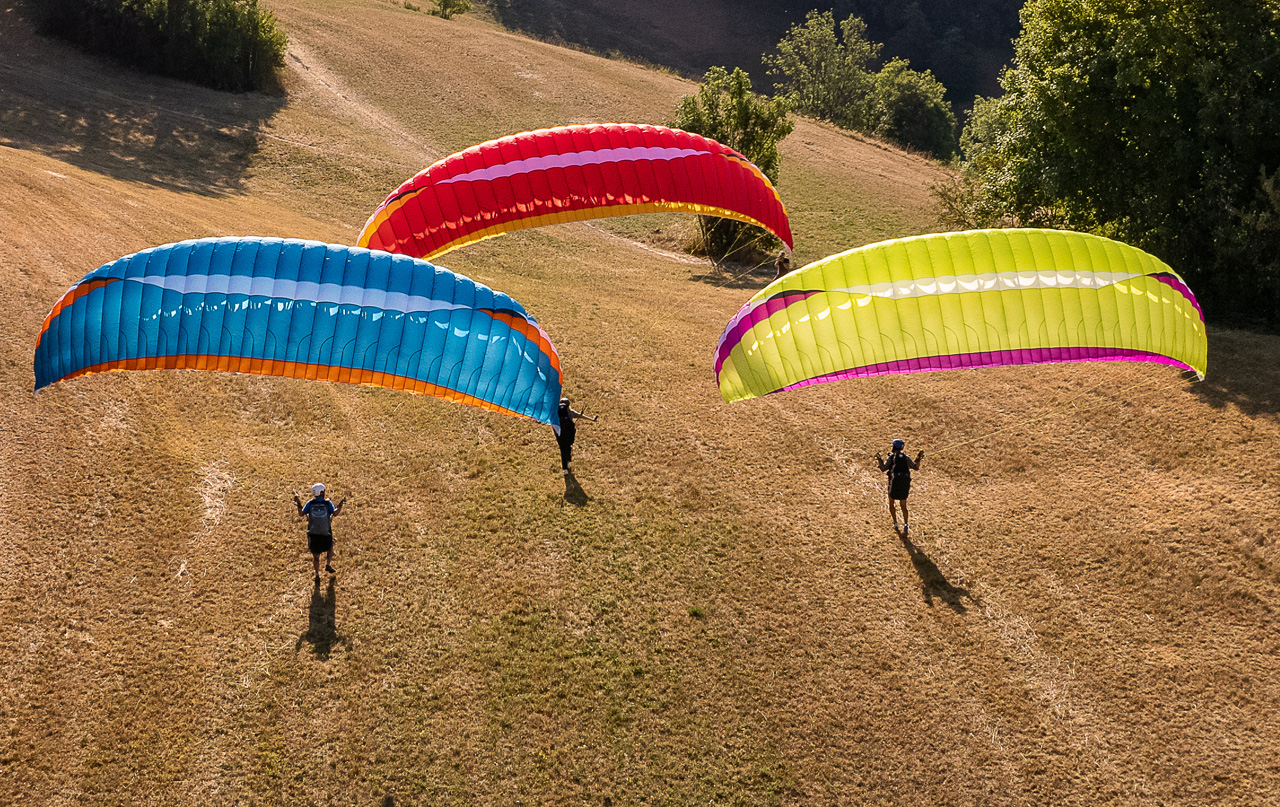 They were crazy. And then one day, they stuck a carton in his arms. It was the new Eazy. He examined it with curiosity. He had been surprised by the smell of the brand-new fabric, had admired the sense of detail given to all the elements of the wing: its very stylish shark-nose, the very clear risers, the new color design… He was not part of those people who had always dreamed of flying, who wanted to become an airline pilot, etc. The paraglider had fallen on him. An unlikely meeting. With this Eazy 3. It had opened up a new world to him.
Eazy 3 – the bird call

Archie remembered with emotion the first time his feet had taken off the ground and once in the air, “the pilot in command is you!”. He then marveled at everything he had accomplished since:

his first thermals, his first top landing, his first XC explorations… Thanks to this pretty little machine that is the Eazy 3.

He smiled stupidly. He was reaching the cloudbase, waiting for his friends to join. How far will the Eazy 3 take him? He was crazy too and he was delighted. 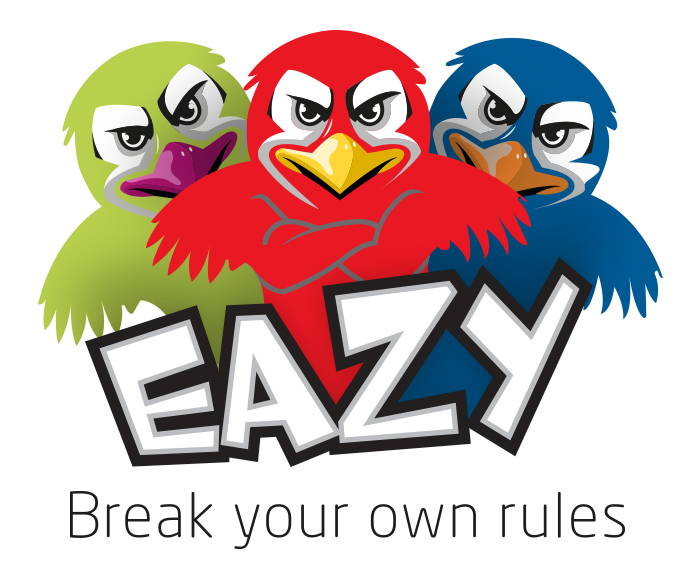 How to describe the Eazy 3…

…in one word?
Easy of course!

…in one image?
Thermalling with birds, so magical!

…in one dream?
That special day when you decide to go see what’s going on on the hill next door: your first XC!

Designer’s words…
“Eazy 3…Yes, the name of this wing is program! Even though its predecessor was known for its easy flying and safety behaviours, we were able to refine the whole concept and improve the design while keeping all the good things from the previous one… Sounds like blabla, but what shall I tell you? It is what it is!”
Stephan Stiegler

For every AD wing, we use a claim and a hashtag. For the Eazy 3, we chose “the bird call” and #welcomeaboard. The Eazy 3 is the wing that gives you access to free flight, the birds’ realm, and makes you become a pilot. With its fine-tuned flying characteristics and handling, the Eazy 3 is the EN-A certified glider that you choose (need!) for your explorations, discoveries and adventures. How far will you go with your Eazy 3?

– The increase of performance was mainly achieved by a slightly different arc, internal mini-ribs and a well-shaped shark-nose.

– The 20mm risers, as the color-coded lines, are easily accessible and immediately understandable.

– Cloths on top and bottom are made in strong Dokdo: robustness is the key. 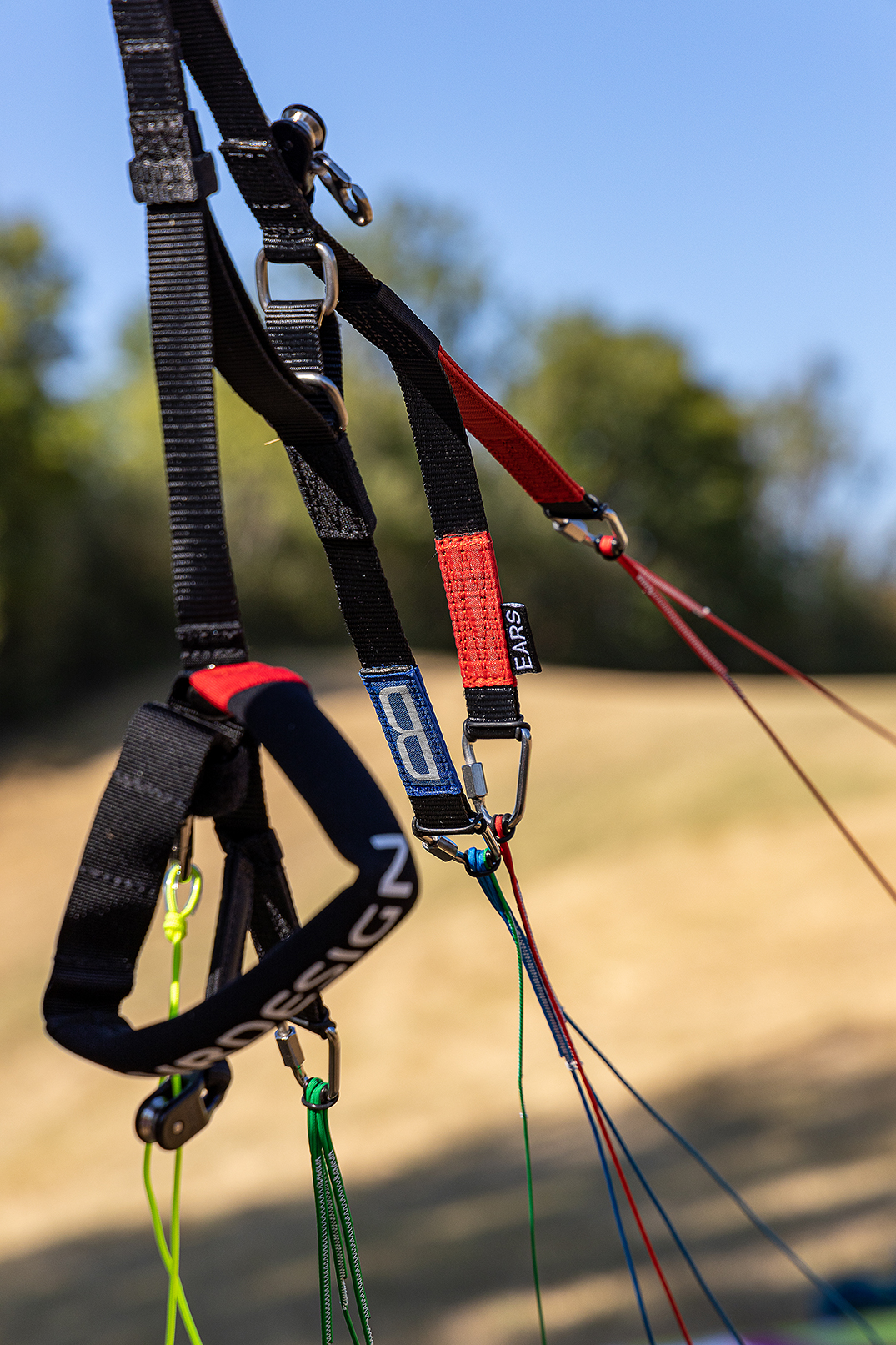 The Eazy 3 is the glider that will take you to your next adventure. Look at the birds, learn from them, and don’t forget the pilot in command is you!

AirDesign has always taken into account the light pilots offering XXS sizes that are really adapted to them in terms of surface, behavior and performance. The Eazy 3 doesn’t make any exception and we are happy to offer a range of sizes going from 50 to 125 kg.

Of Course, you can also customize this glider with the help of our configurator and order it in special colors! 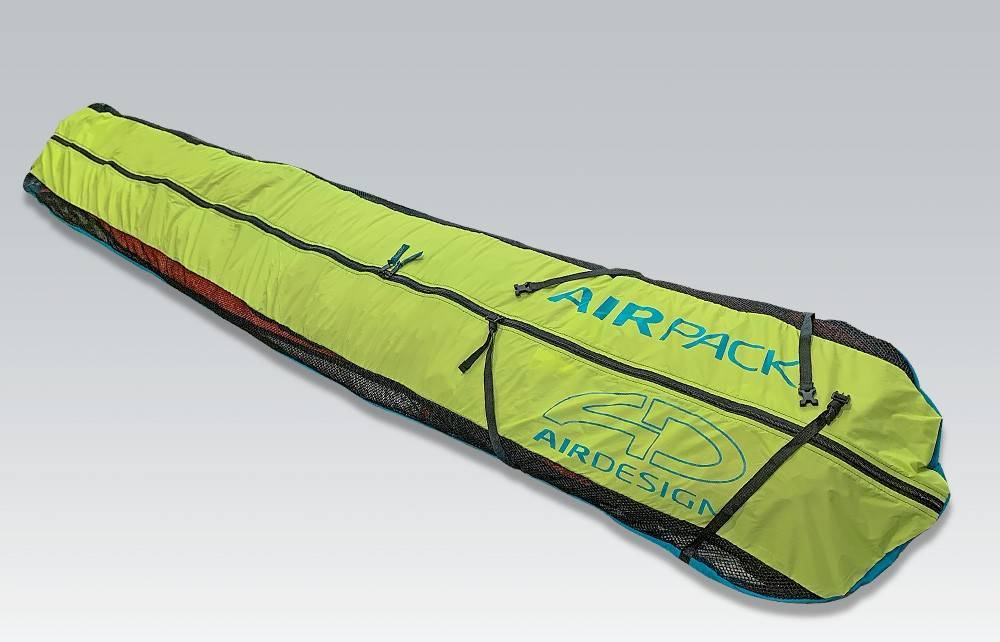 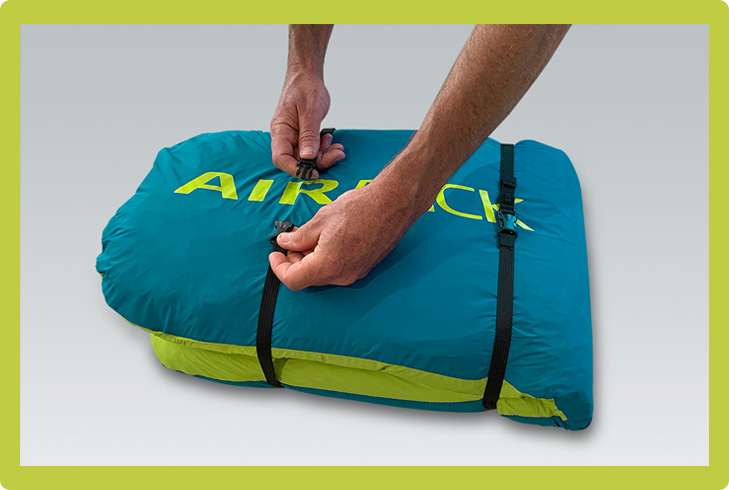 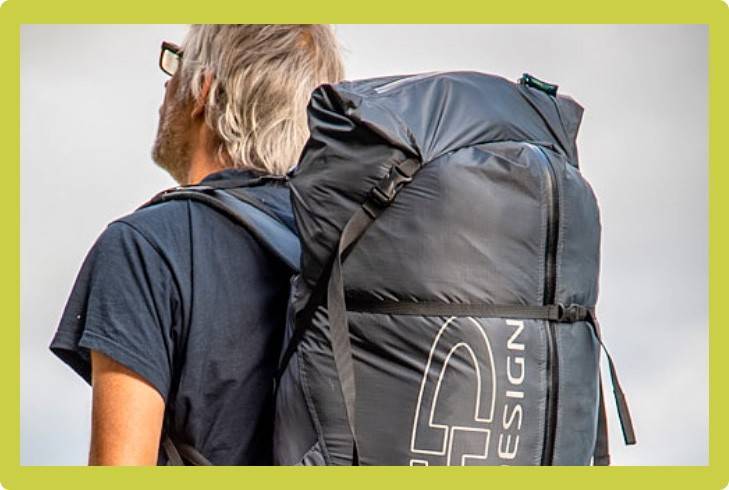 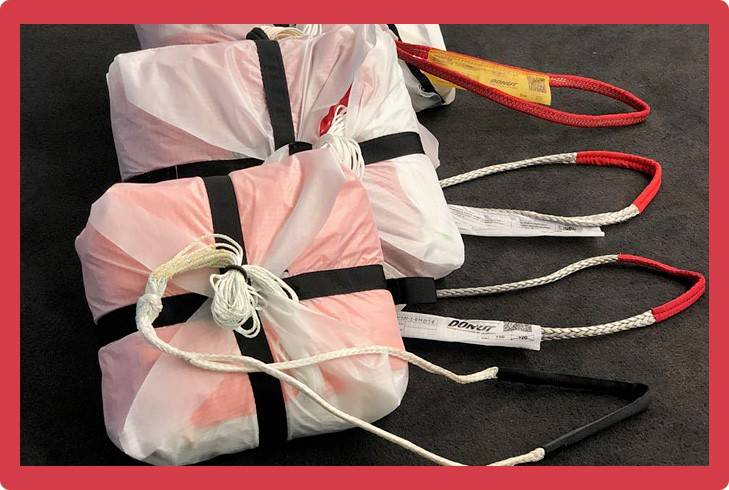