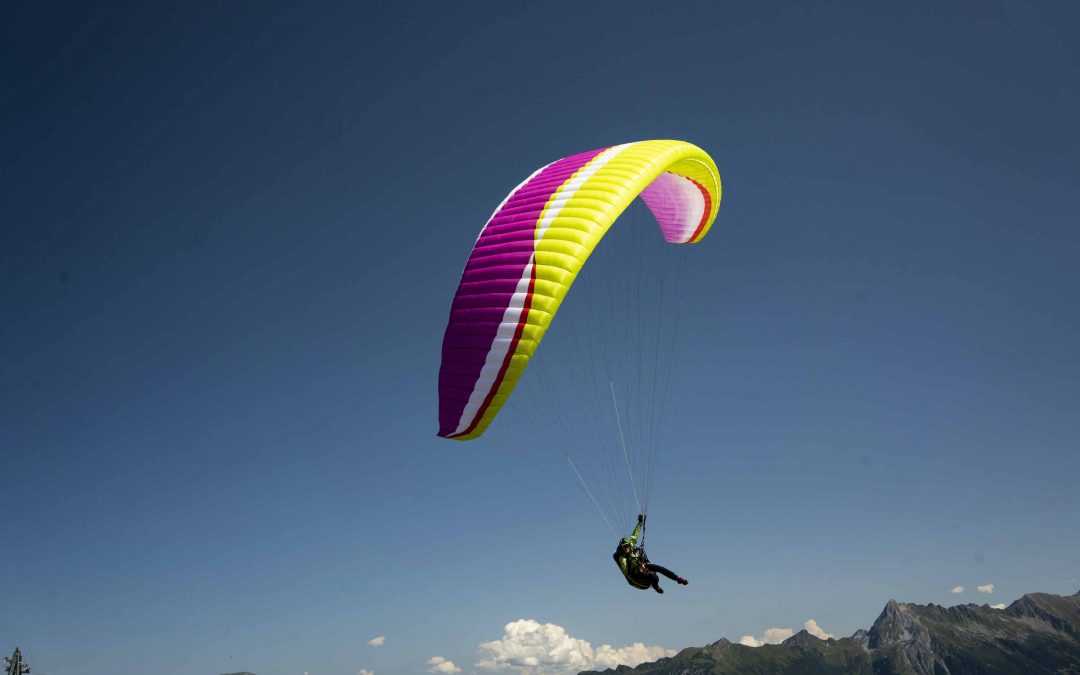 The new Rise 4 – # thermalmonkey has just been released, and it is often difficult to get opinions in this early stage. We’ve already received the first feedback and tests we’re super happy to share them with you. Here you will find a very detailed test report of Gemeinsam Fliegen. Thomas and his crew were able to put the Rise through its paces in thermal conditions and were absolutely thrilled. In saying this, feel free to convince yourself: Test report of flying together.

Video reports are also of great interest. “Flyspain” intercepted a pilot at the launch site who was able to test the Rise 4 and asked him what he thought about our new B+ wing and they were able to record the following feedback from him:

Stable, light, durable and easy to fold. The AirDesign Donut is a hybrid shaped rescue that combines the advantages of both square and round rescues. Packing is as easy as a traditional round rescue, opening and pendulum stability are at their best, sink rate is among the lowest in the market