Alone in the mists I go, with only my inner compass for direction, passing Rakaposhi 7788m base camp I hike the 3 day trip in a morning. Over gaping glacier mouths and slippery scree slopes I make my way to the hidden green valley that beholds a solitary team in the magical meadows of Diran 7266m base camp, high in the Karakoram mountains.
Through the sleet dripping wet I arrive into camp a smile so wide my teeth collect the rain drops. 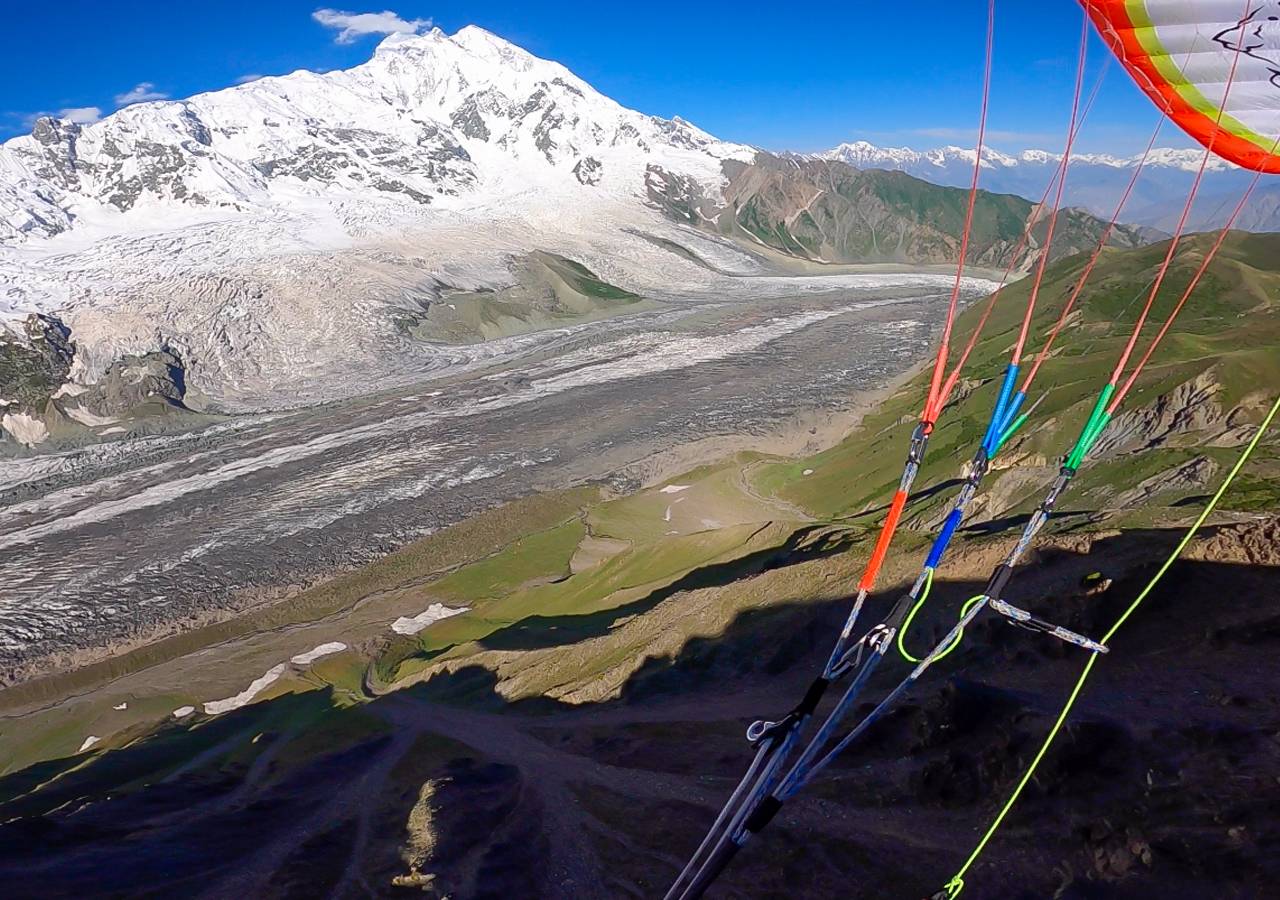 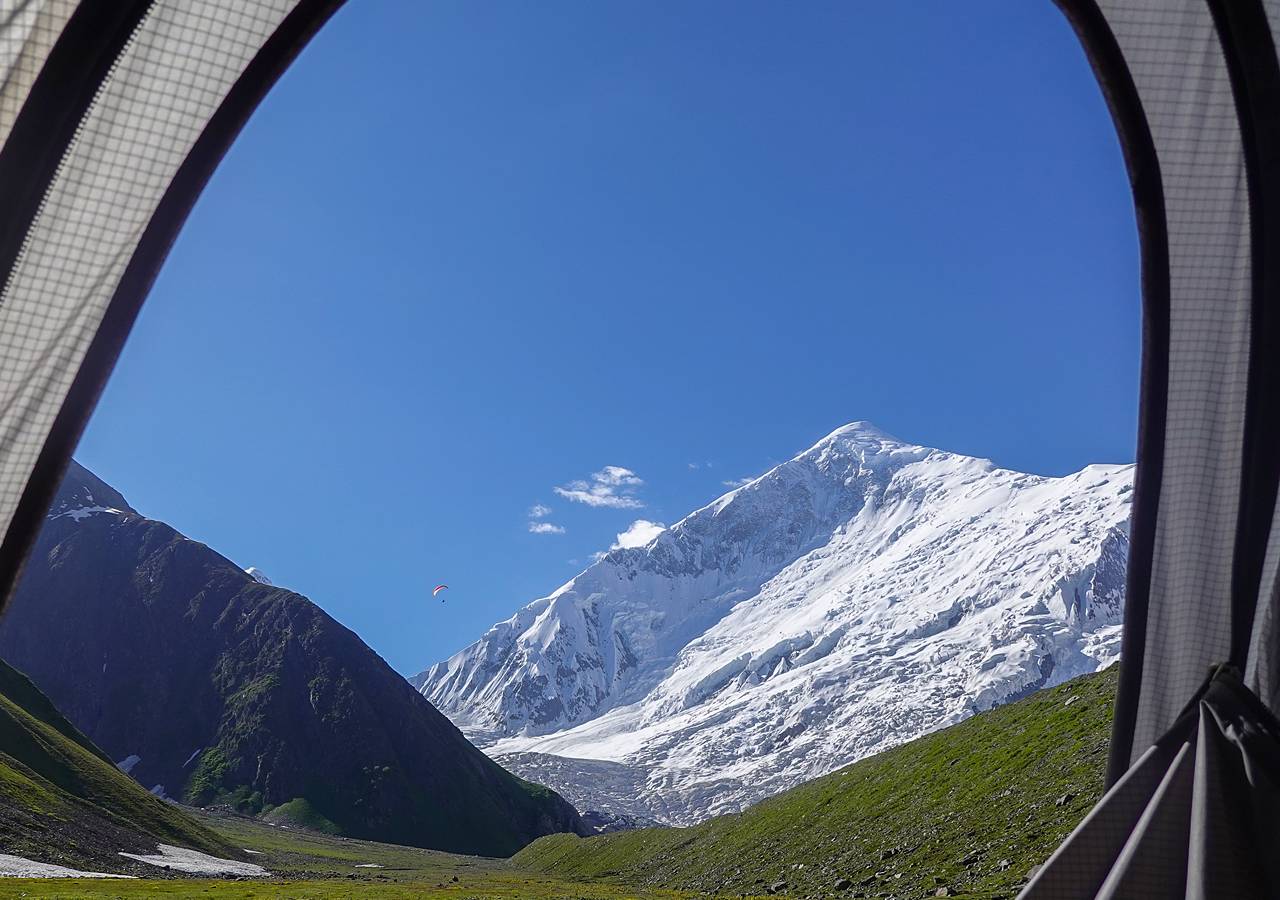 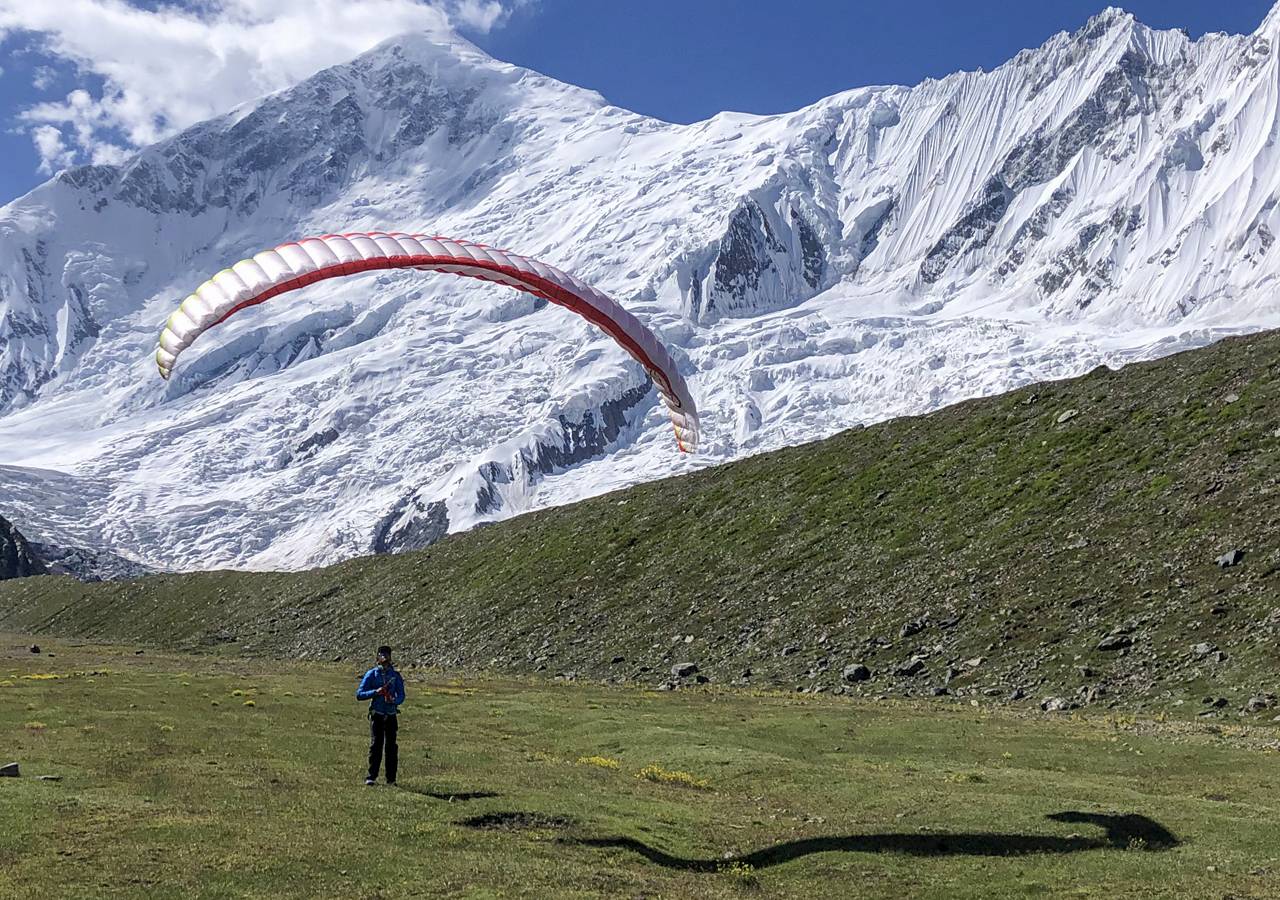 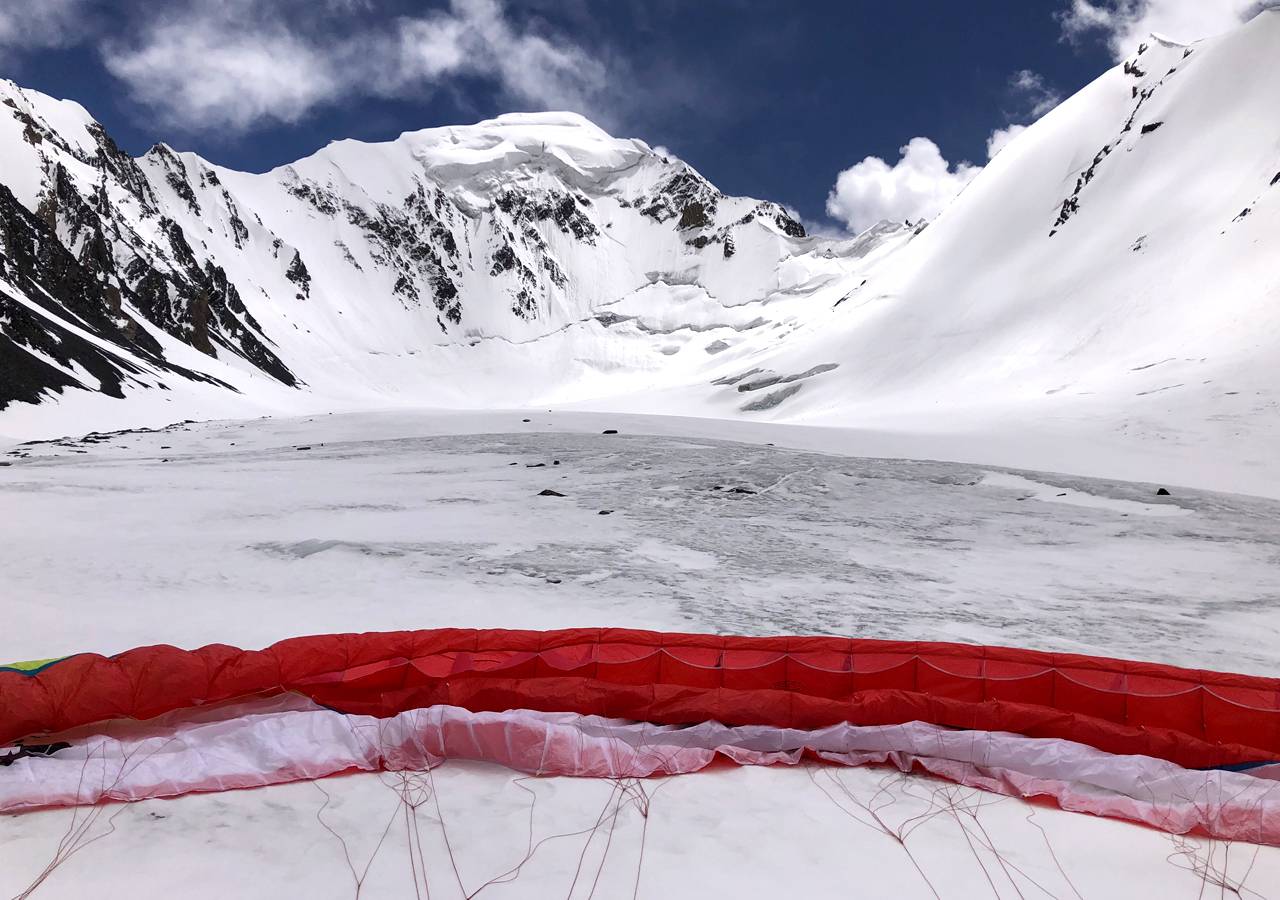 This is my 5th trip to Pakistan. I’ve been coming since I was a little girl.
During an alpine snowboard expedition earlier in the season in another region of the Karakoram, I had befriended our local guide and mentor, Jaja Javed Ali.
Javed’s sister’s brother had recently built a small cottage in the historically important hamlet of Altit.
After my return from Islamabad as I waved goodbye to one team of French. I looked to Javed and asked if I may stay there for the coming weeks.
It was here I first met Leo and Mémé.
Karimabad is although beautifully situated perched above the Hunza river and charming in its ornate character of where east meets west. I prefer the quieter back alleys and cherry orchards of Altit rather than the taxis and tooting bikes of the one stop Pakistani Thamel. And it seems the boys too, so they moved in.

With my previously arranged plans to join a local all Pakistani expedition to Shimshal, falling through, I decided to take up the open invitation to join Mathieu Maynadier and Leo Slemett to Diran. Wild wild wild. Raw in its untouched natural form. Only the odd ibex hunter or crazed alpinist frequent her base.
A perfectly triangular white peak as if drawn by a child. This majestic mistress demands attention from all angles.
A long and broken laborious white tongue stretches from her bowels to converge to that of the staggering Rakaposhi and butt out just before the steep deep canyon of truncated valley heads leading to Minipin and the closest dirt track back to civilisation far far below.

Our picture perfect green oasis is a result of pushed up lateral moraine from Barbara Peak’s 5520m bottom, where the mixed up mountain minerals have made way for natures natural fertiliser and given forth the perfect yak grazing meadow.
A dazzling stream feeds this nourished green oasis in the sea of surrounding rock and ice.

My role at base was quickly established.
My mornings to be filled with flying. Pulling myself from my tent at 5am to start the hike or scramble to the next undiscovered take-off.
In the afternoons I could soak in the sun and help shuttle gear back and forth to advanced base for the guys during their attempt for the ski descent. I was there with Javed taking care of base, acting support team watching over our boys on this wild white triangle through squinted eyes peering behind binoculars.

On key, day after day, the wind very quickly picks up as the sun licks Dirans white face. Making flying dangerous and difficult during the later afternoons around the glacier.
So this time is spent enjoying the atmosphere and ground-handling to my hearts content, training our local brother in the skills and joys of the wing.

Sharing these experiences in such a wild place.
With only a SAT phone in emergency to connect us to the outside world. One feels much more at home than far out in such a special place.

Almost certainly the five different takeoffs that I discovered and flew from had never seen another set of running to fly feet. It is a most majestic of places to be. So wild. So serene. So utterly immersed in vast massive mountains. In the coming years I will be returning more and more.

SuSi was my perfect partner, small and light enough to easily carry and scramble over mountainous terrain and fast and fun enough to play in the lower elevations (5000m and below) of the Karakoram sky.

A small note must be added here for my dear friend Xavier Savall – a true legend of Himalayan paragliding.
After Leo and Mémé returned from the mountain, on our last night at Base – the SAT trilled. Xavier had disappeared around Lady Finger above Karimabad and the locals were calling for our assistance in search.
The following dismal 10 days was spent searching on foot, by drone, by paraglider and by helicopter in search of high mountain guide and trailblazer pilot Xavier.
We did not find him.
May he forever rest in peace soaring the Karakoram cliffs as he always dreamed.