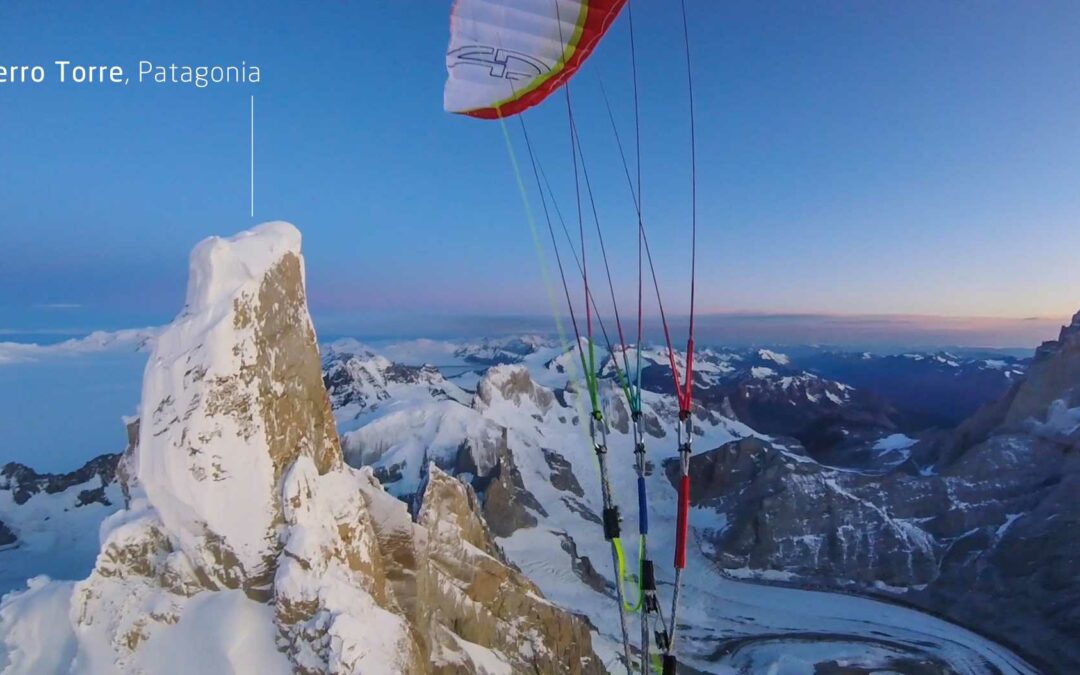 World Premiere, Fabian Buhl takes off from the summit of Cerro Torre after climbing it, one of the least accessible summit in the world, in Patagonia.
The ascent is already a huge achievement, but taking off from the summit is even more impressive. Patagonia is known for its frequent extreme wind conditions, and the take off area is super small with no room for hesitation.

Fabian, an AirDesign team pilot, started paragliding two years ago, and was flying with his SuSi 16 (2.02kg) for this once-in-a-lifetime flight.

On behalf of the whole AirDesign team we would like to congrat and warmly thank Fabian for this huge achievement !
—

“Awesome achievement from Fabi who managed to find the perfect weather window with no wind, pretty seldom specially this year. Very audacious as they were first to ascend the Ragni route. It’s a great effort with tricky route reading in the summital parts. Opening Cerro Torre’s routes is a real challenge as it requires to identify the route and do a serious cleaning work. Summiting it with a paraglider in the back, and then flying down, hats off Fabi!”

Stable, light, durable and easy to fold. The AirDesign Donut is a hybrid shaped rescue that combines the advantages of both square and round rescues. Packing is as easy as a traditional round rescue, opening and pendulum stability are at their best, sink rate is among the lowest in the market.
Metro UI Animations